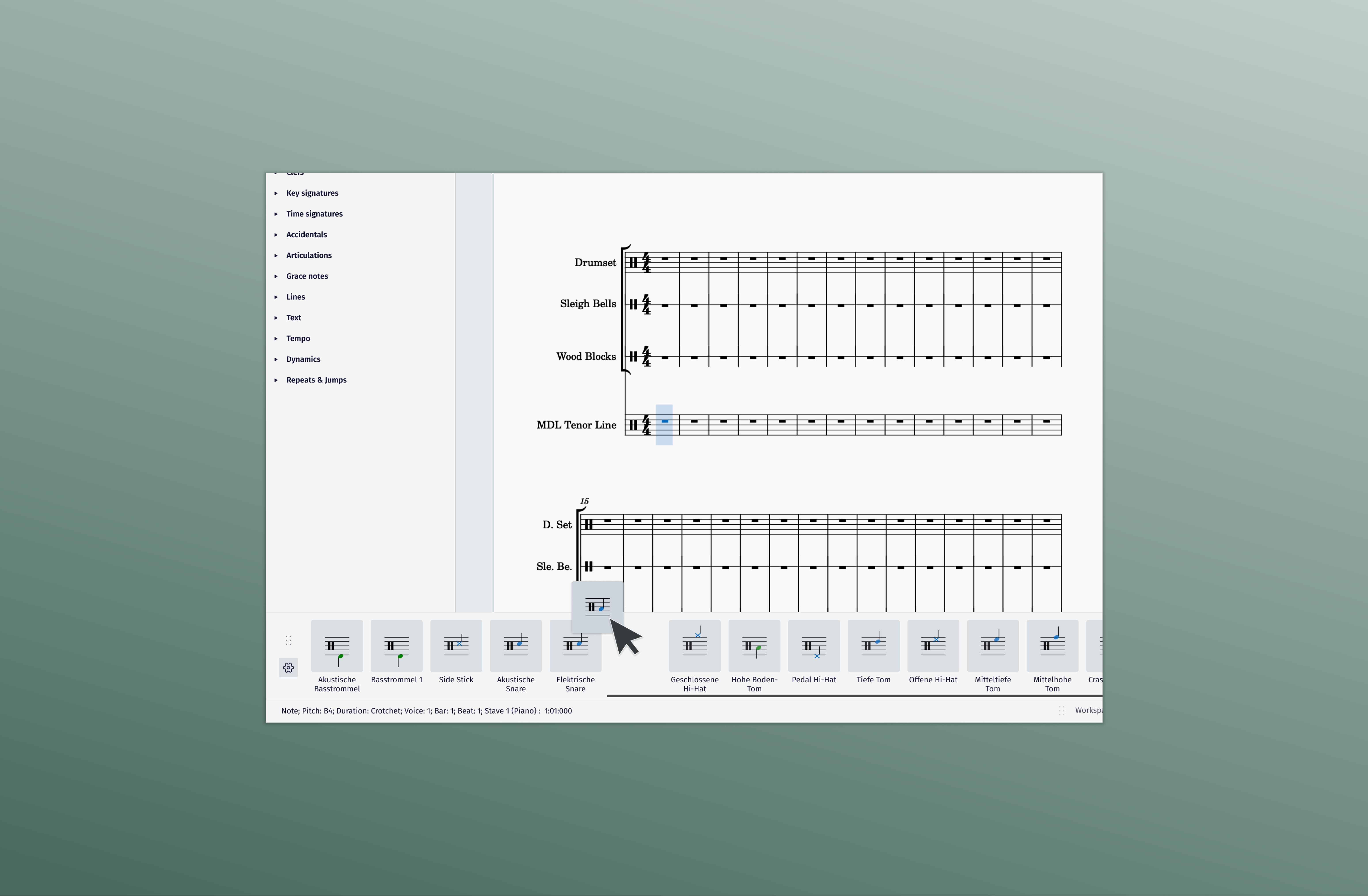 The new system would need to solve some crucial usability problems without being a major redesign that would demand significant development resources.

The existing system comprised two components: a note entry panel, and a dialog with further settings.

I first defined the potential usability problems with the existing system, and conducted analyses of note entry systems in other competitor apps.

It seemed clear that one of MuseScore’s current advantages was the ability to visually preview how note heads would appear on the score. The absence of adequate text labels, however, was a barrier to the discoverability of the instrument sound associated with each button.

It became obvious that text labels would need to be introduced to the percussion panel, which presented the main challenge of negotiating space limitations (the panel itself still needed to contain a large number of buttons).

The preferences dialog presented further challenges, with the learnability of its settings requiring improvement without overhauling the existing design. I achieved a solution by incorporating a two-tab system that would visually separate “general” settings from those affecting only note head appearance. 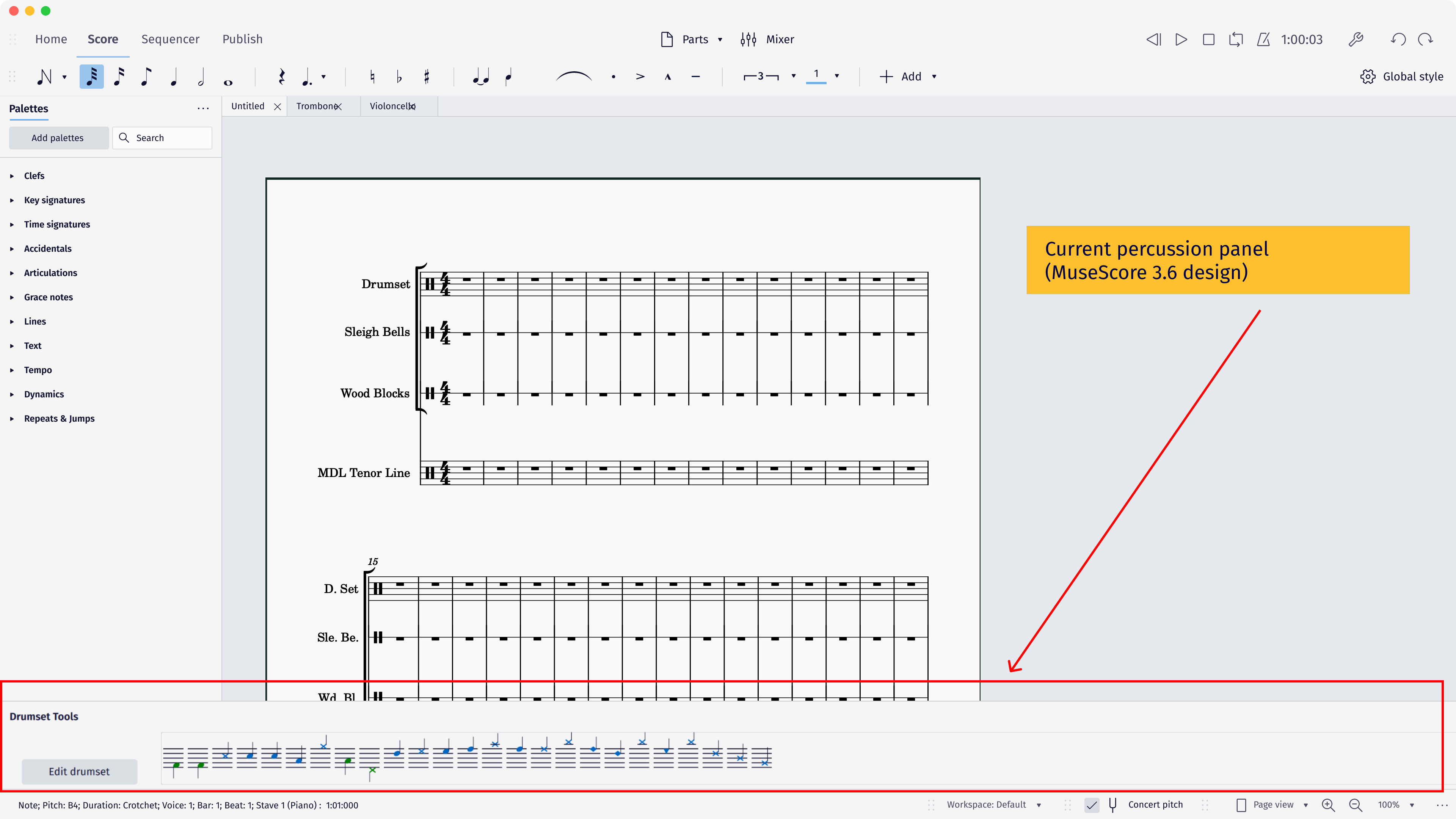 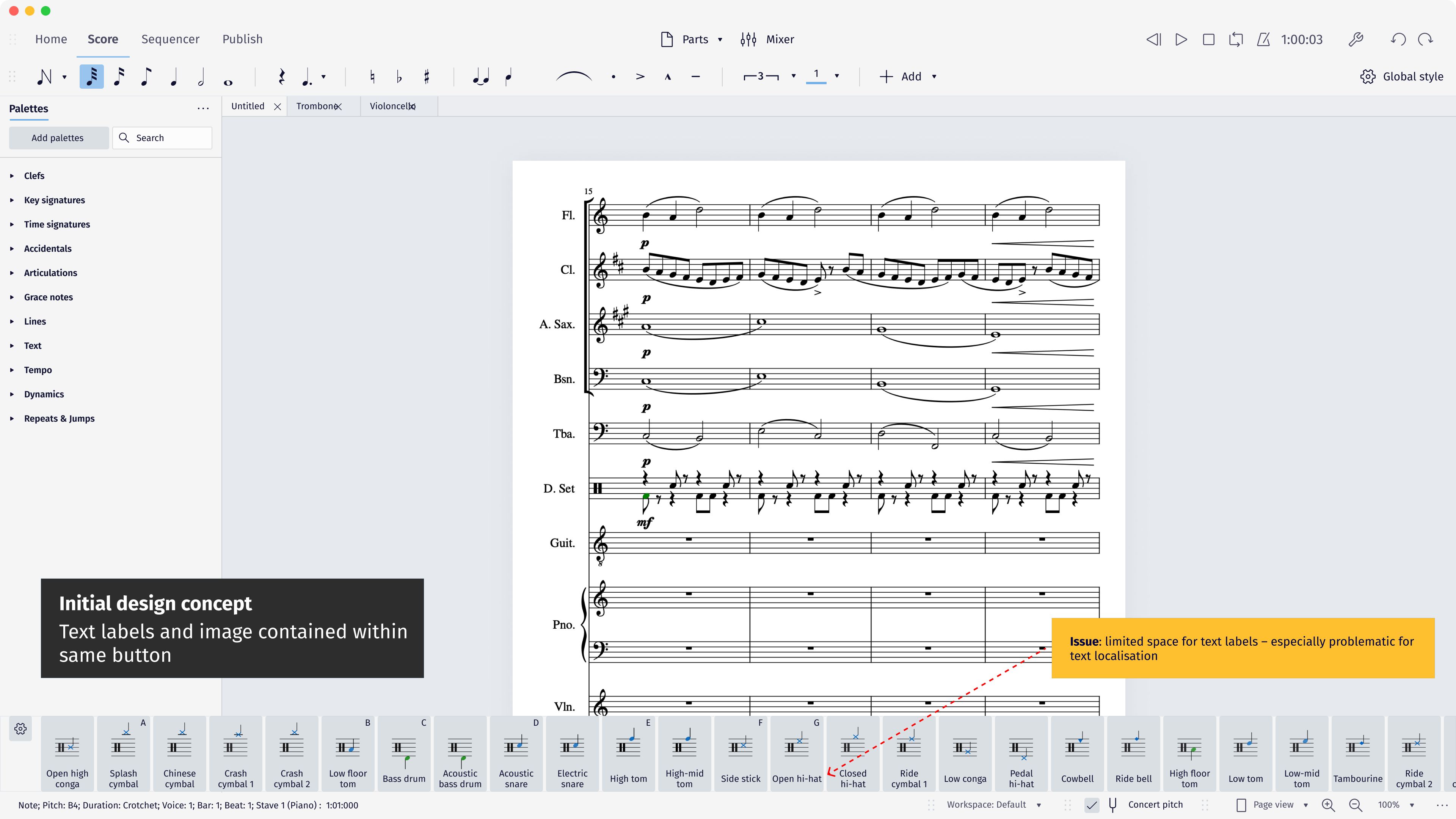 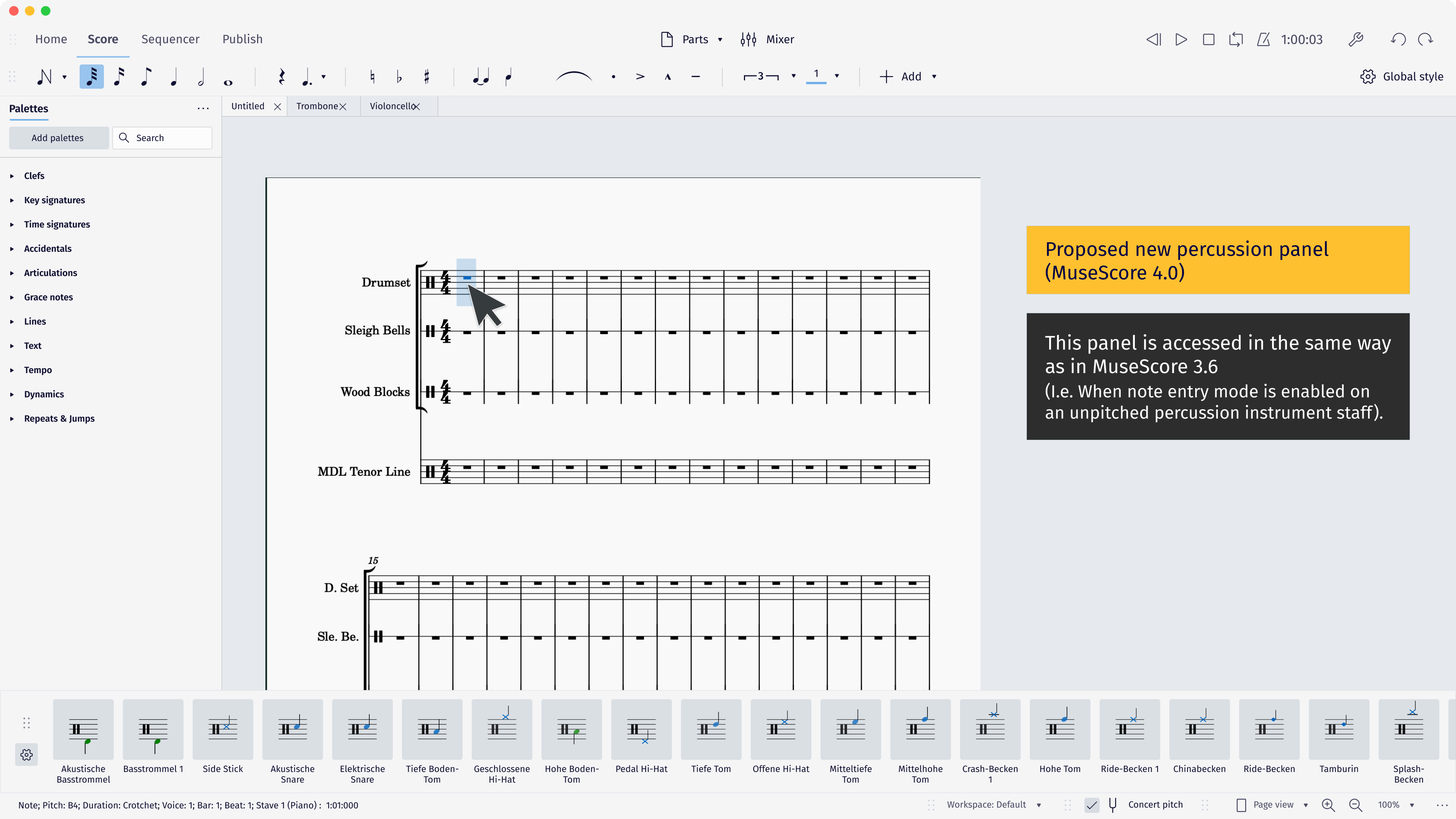 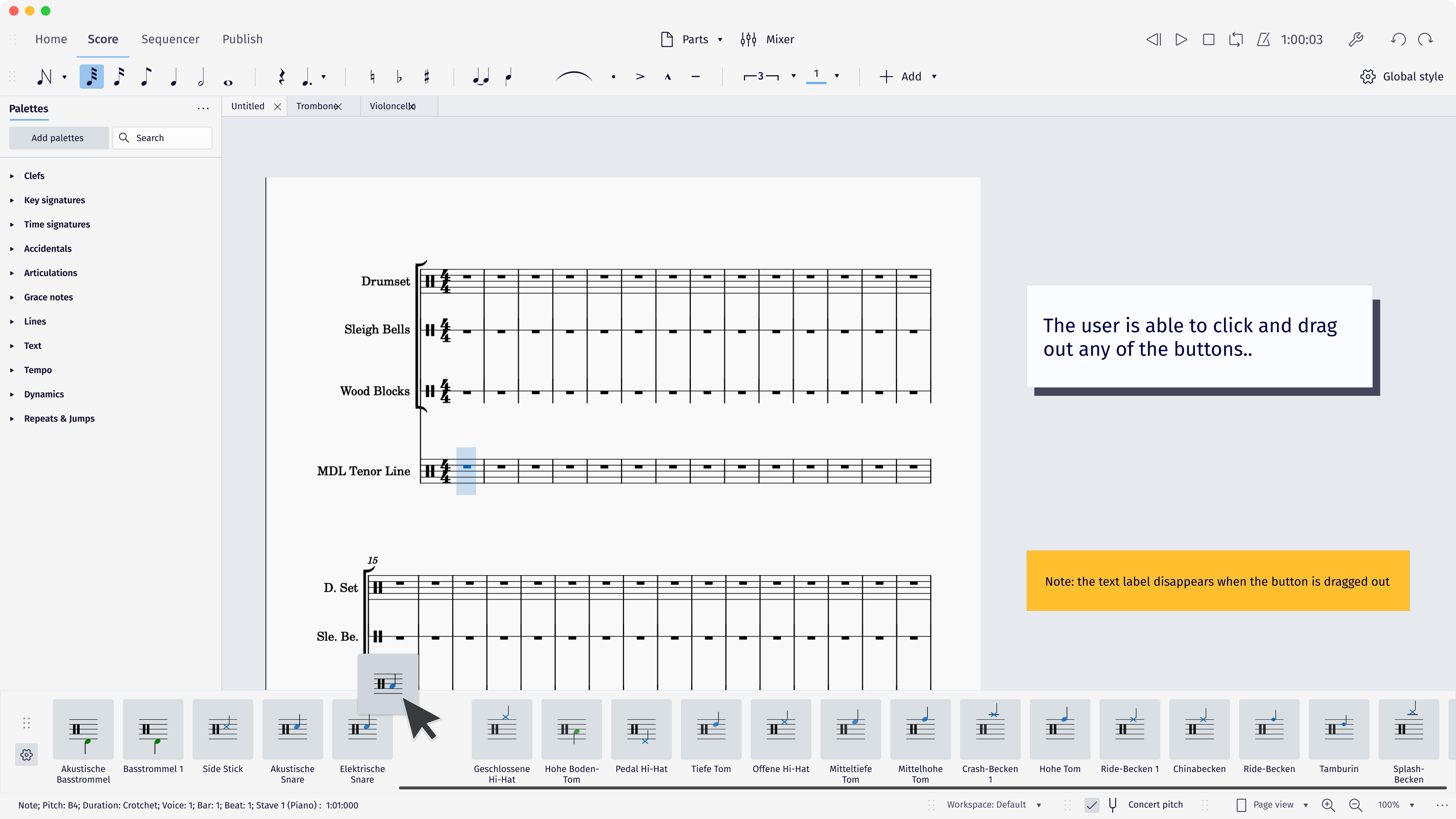 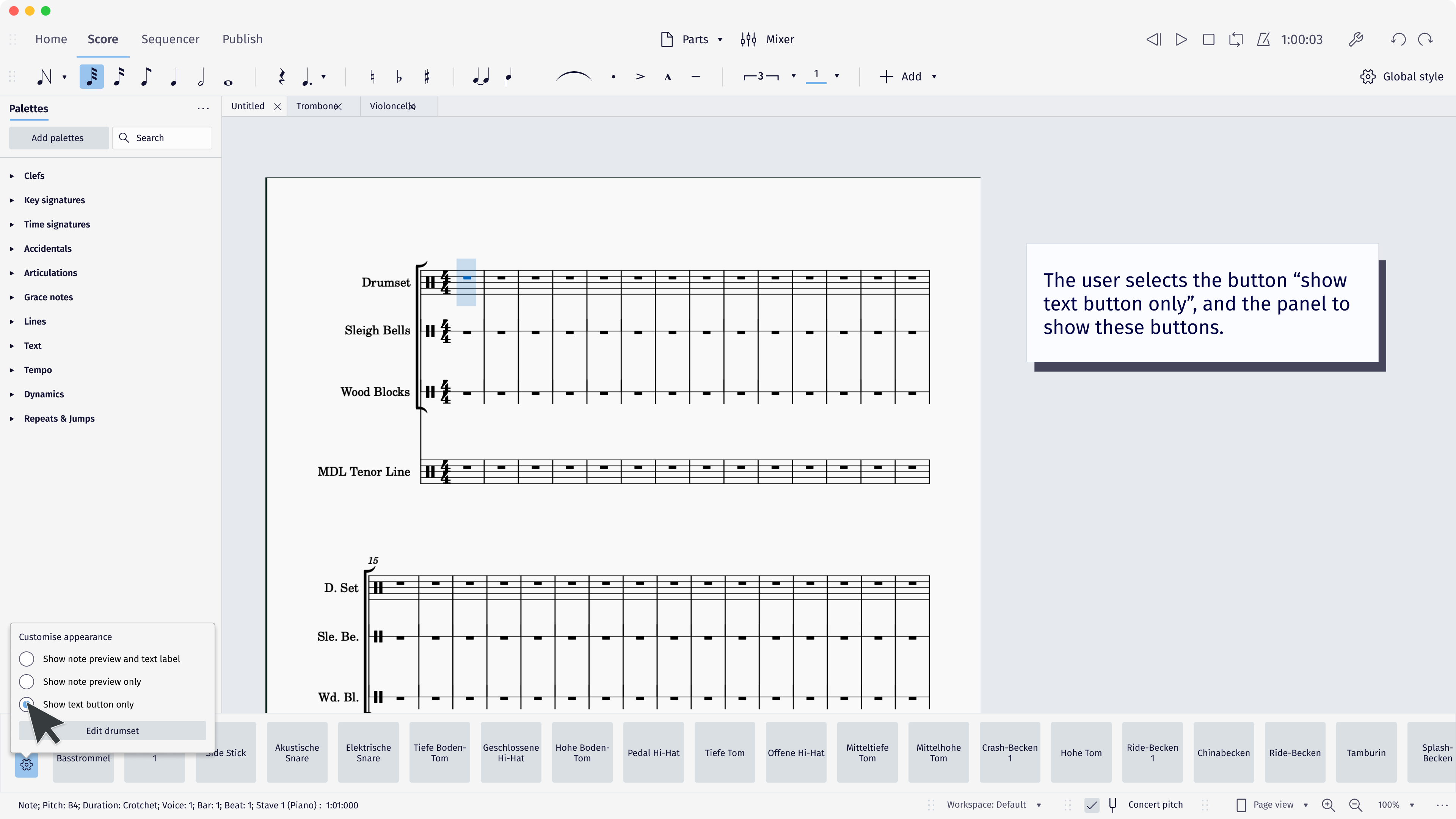 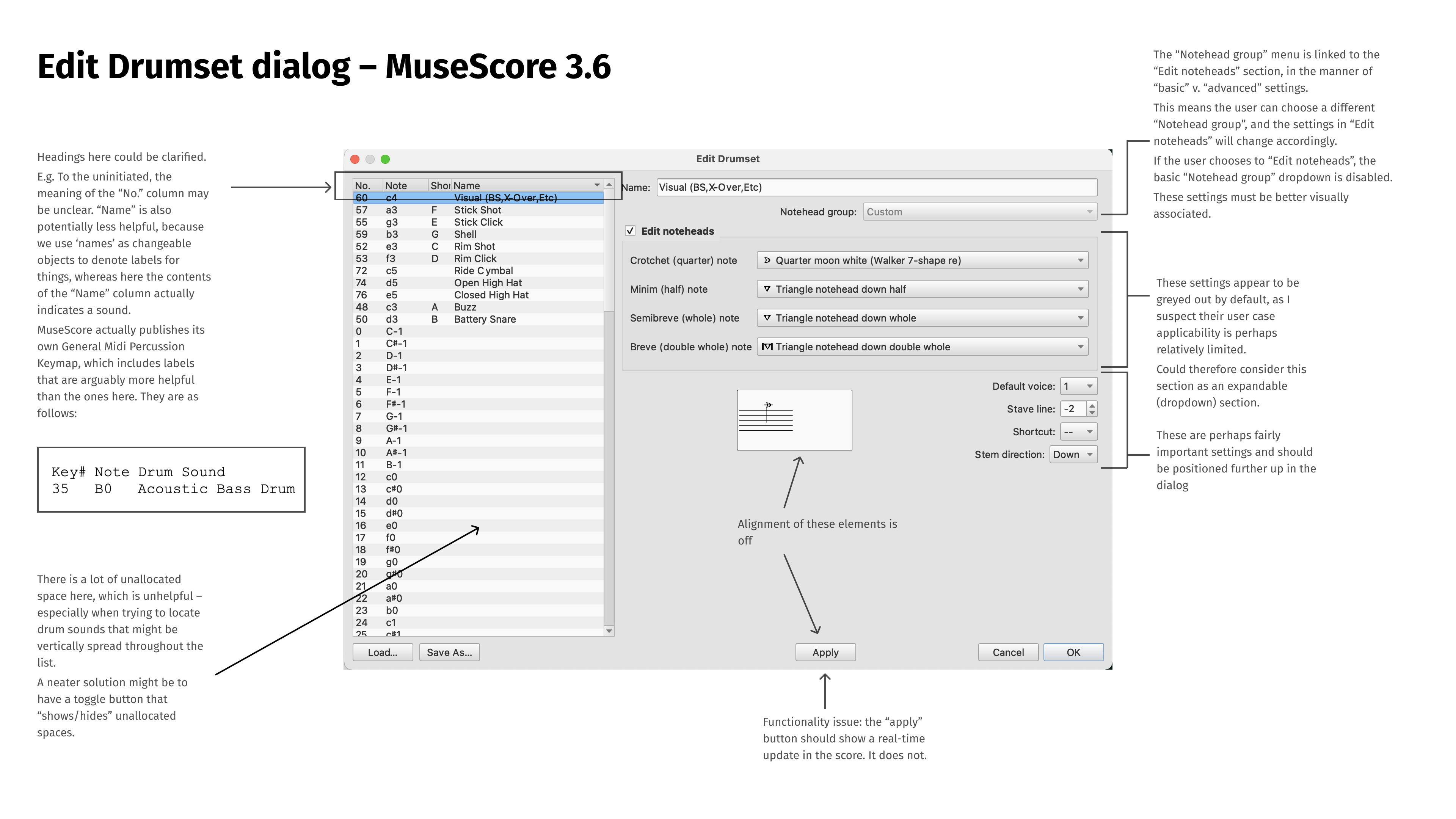 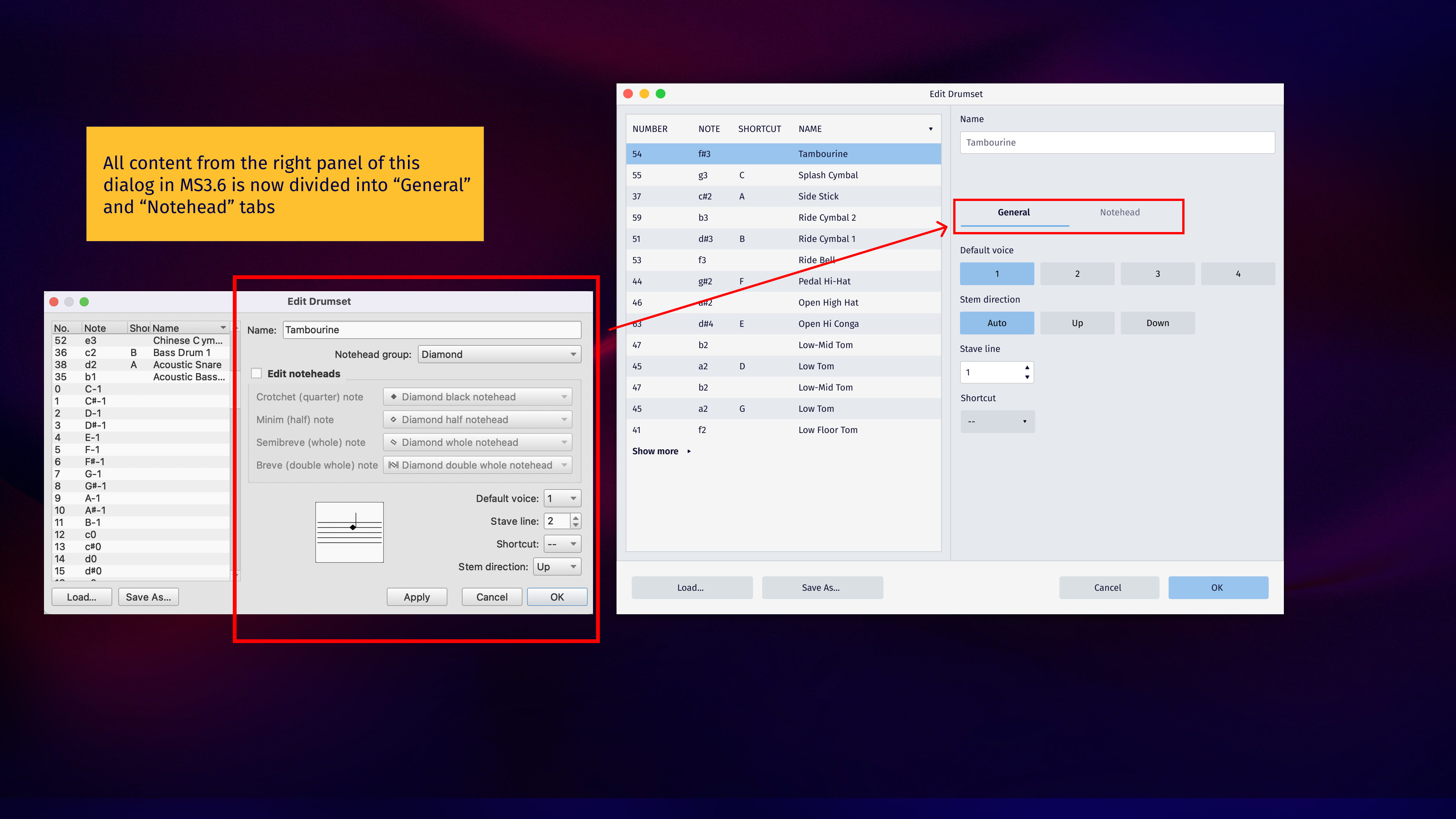 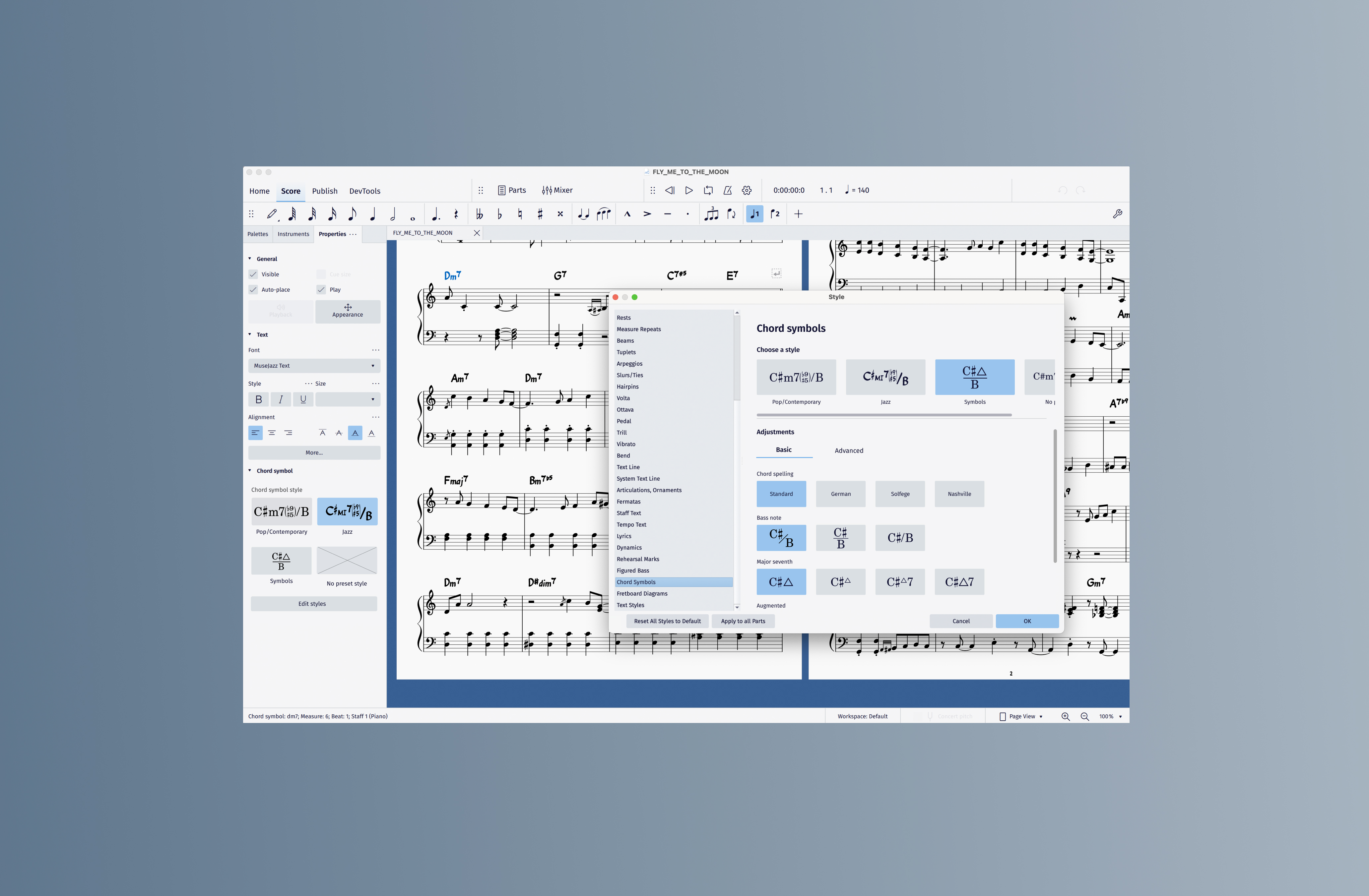 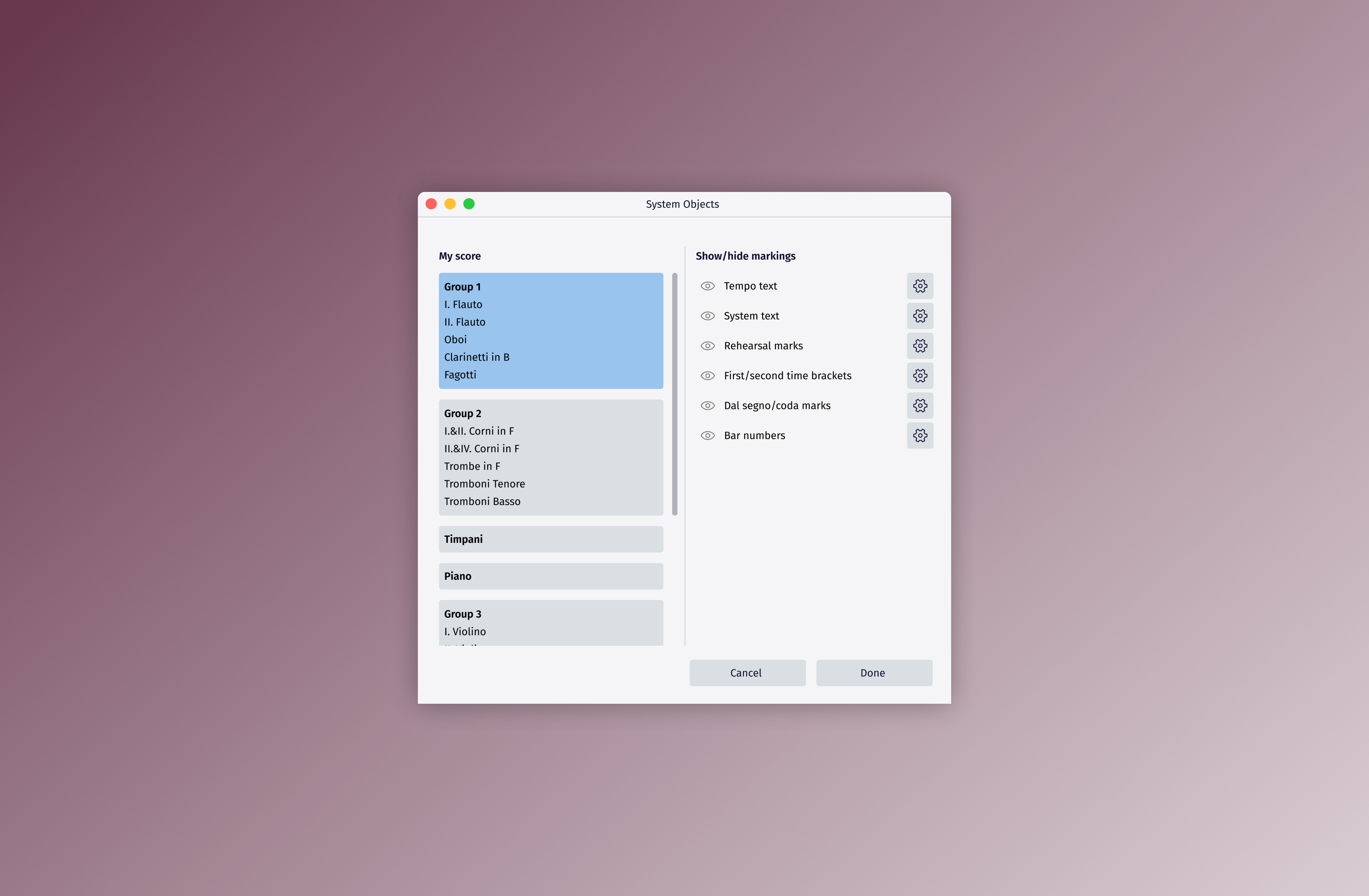 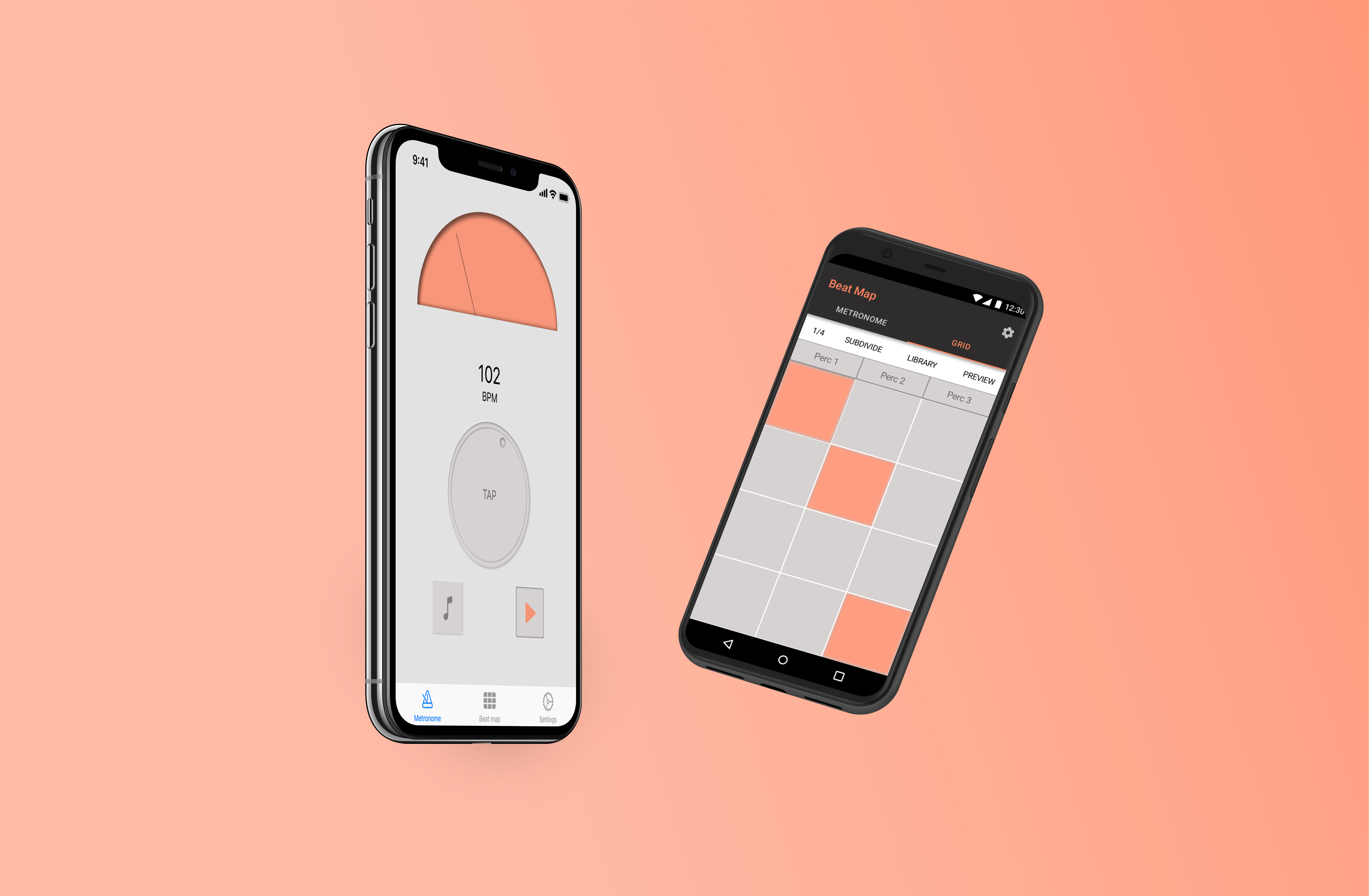 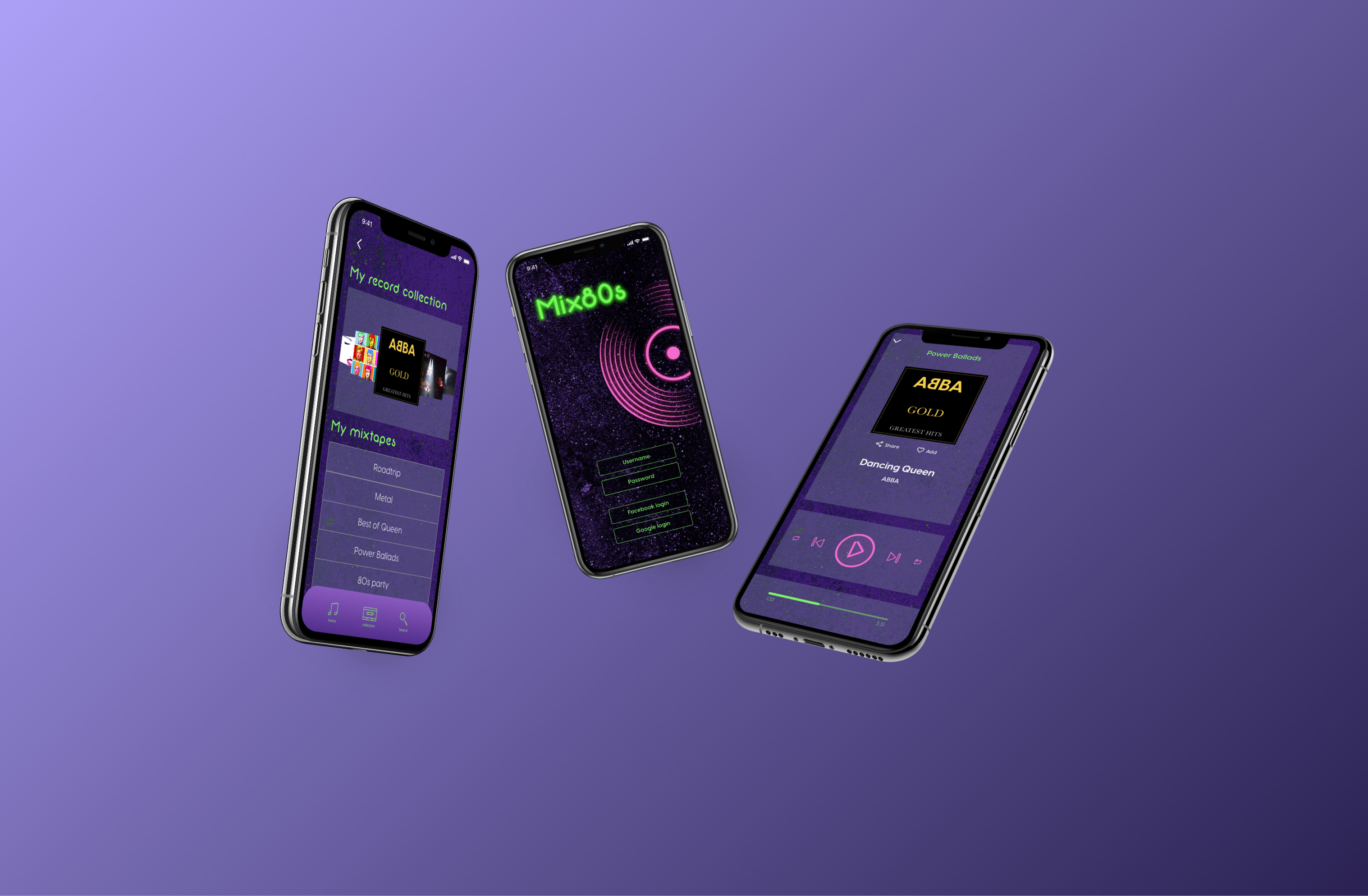